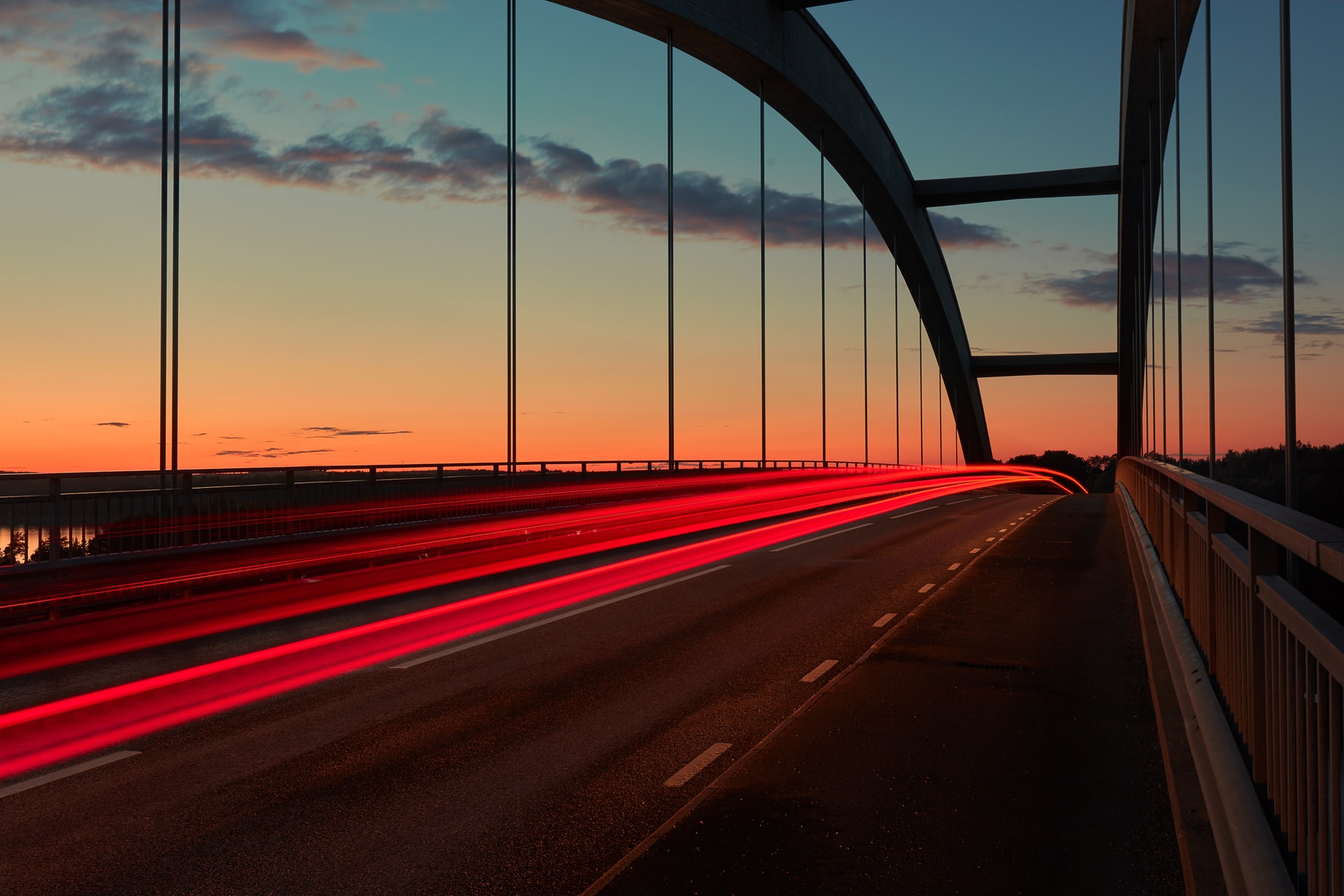 ew of the writers on Masterclass talked about writing technique. Instead, they focused more on the process of writing. A reminder that often it’s not just about having the best creative mind or talent, but thinking about how you do it.

How effective you become as a writer could depend on it.

Here are some of their combined thoughts on the writing process.

It was drummed into us at school when writing an essay: make sure you do a plan for what you’re about to say before starting. Don’t just jump in. A couple of the authors focused on the importance of the outline.

The outline could include anything you like. It could feature details about plot; a description of each scene; an outline of the characters and so on. If you think it will help you write, put it in the outline.

Once you start writing, you’ll thank yourself for putting the hard work into planning.

James Patterson explained that failing to put an outline together is one of the biggest failures of young writers.

‘They (young writers) just wing it. (Writing an outline) takes a certain amount of discipline. But I guarantee you; this is the discipline that will pay off. You’re going to do a better job and it’s going to take less time. I will write anywhere from three to six drafts of every outline and that’s the most important piece for me’.

Patterson goes on to explain how the outline will be so complete once he’s finished, that he could sell the book to a publisher off the back of it.

The children’s novelist, RL Stine is also a keen proponent.

‘The outline is usually 15-20 pages long. And it’s very complete because I know that the more complete I make the outline, the easier it will be when I start to write the book.

2. Pick a specific time to write

If you don’t write for a living, it’s likely you have another job. So, you need to find time in your daily routine to write and finish your book. It requires great discipline to do this.

It was fascinating to see the drive that many of the writers had to write their books, while holding down full-time jobs. It could be argued that it’s this attitude that makes them great writers.

David Baldacci, while working as a lawyer in Washington DC, explains how he found the time to write, even when he worked long hours.

‘I would come home, spend time with my family, they would go off to bed around 10 o’clock and I would go downstairs to my little cubbyhole and I would write from 10 until 2 in the morning every day, seven days a week and I did that for years.

And that might sound a little draconian but trust me, if you enjoy the craft of writing and you’re really into your stories, I remember running down to my cubbyhole at 10pm because that was my time and that was the time that I got to write what I wanted to write.

During the course of the day, you can find a minute here and a minute there. Just a few minutes where you can build up stuff in your head…so that when you get down to write at night or early in the morning, you can hit the ground running and know where you want to go that night’.

Unlike Baldacci, James Patterson chose to write early in the morning. He used to write between 5 and 7 in the morning before he headed off to work at the advertising agency.

‘Do not sit there thinking that you don’t feel like it today. Feel like it. Do it. Force yourself, even if it’s half an hour…It’s like any other habit; once it becomes a ritual in your life, you don’t even need to think about it so much.’

Along with finding a daily slot to do your writing, many authors feel it’s a good idea to set a time limit on how long you write for.

It both focuses the mind and means that you can build a habit of writing.

Joyce Carol Oates gives this advice to young writers when they’re starting out.

‘I suggest to my students to start writing when you only have 40 minutes and write really, really fast. If you have eight hours, you’re intimidated. It’s just too much time. Don’t fuss and don’t take too much time.’

Dan Brown believes it’s important to set a time limit on your writing for another reason.

And if on a tough day when things aren’t flowing and you say I just have to write my page. On hour thirteen, you finally finish your page. You’re going to get up and tomorrow realise that the page is terrible and you’re going to throw it out.

My process is that I write from 4am until 11am every day and whatever happens, happens.’

Chris Martin, the lead singer of Coldplay, once said something that stuck with me.

In an interview, he was talking about how fragile live performances can be. Just one downbeat or misplaced song in a set can completely change the energy of an audience. So, at the start of a tour, he’d always try and notice how many people were leaving to go to the toilet or take a drinks break during each song. That way, he could see what was and wasn’t working in the set.

For writers, it’s about keeping the pace up in your writing. You don’t want to lose your reader with a lazy or misplaced chapter, for example. Judy Blume explains that this is particularly important for the readers of her books.

‘Pace I think is essential in a book for young readers. Boring is the biggest turn off. I like energetic writing and I like fast-paced writing and I don’t care what age I’m writing for.

James Patterson is another who believes you need to stay alert to your plots and storylines losing energy.

‘If you’re on a roll and I’m really hooked into this thing (your book), don’t let them off the hook. Don’t stop. I see that all the time, even when I co-write with somebody and they’ll do a draft and I’ll think that this thing was rolling and then all of a sudden, some guy has gone to play the flute for a while. (I think) Not now! I mean, I’m totally into the story! Did you forget how well you had people involved in the story? Writers do that all the time.

‍‍Pace will pay the electric bills. If you have books that people can’t put down, and they keep turning those pages. In England, the line they use my books is that the ‘pages turn themselves’.

It’s common for writers to get stuck. At these moments, it might be a good idea to get outside and take a walk. History is littered with stories of the great thinkers getting their best ideas when they were physically active.

It appears the same holds true for writers too.

Dan Brown recounted a story about a brilliant Mathematician who solved very difficult problems by standing in his back garden and digging ditches. He continued that:

‘The physical activity stimulates creativity. Writing is a very sedentary process and it’s easy to get tired. I kind of feel that if you’re writing thrillers, you need to have a pulse.

I honestly believe that I have my best ideas when I’m moving, usually walking. I go for long walks at the beginning of every novel and I take a Dictaphone and I start throwing ideas out. What would this character do in this circumstance? What are the worlds that I want to explore? Etc.’

Walking helps Brown to organise his thoughts and move his stories forward. David Baldacci, is another who strongly believes in the importance of walking in the creative process.

‘Long walks free up your mind. It’s like a little bit of relaxation that takes place. When you’re tense, it’s really hard to think clearly. So, you walk, you look at the sky, if you have a dog you walk the dog, just let your mind wander. Wandering minds solve a lot of complicated plot problems so let your mind wander!’

As if that’s not enough evidence, Judy Blume also walks to solve her plot problems.

‘I was living in Santa Fe and I was writing Tiger Eyes and at that point I was working with my editor already. We were talking about a scene and it would just not come…I remember exactly where I was walking. I was walking, walking, walking in Santa Fe, up and down the hills. And during those walks, the solution came to me and I got it that way, by not really focusing on it but by doing something else.’

If you’re starting out to write a novel, it can seem overwhelming. As with any large and difficult task, it makes sense to break the process down into little, bite sized pieces so that they appear more manageable.

James Patterson believes you should focus only on what you’re doing at that particular time. Focusing on the outcome could cripple your inner drive.

Writing a novel is a huge undertaking. That’s why starting with writing short stories is the practice recommended by Neil Gaiman.

‘A lot of writers start out and immediately get the idea that you should go huge. You should write a series of ten books and have a ‘mega plot’ and you should have a cast of thousands…There are a lot of skills that you need to do that successfully…

What is lovely is taking short journeys. Taking your boat out and just going around the headlands and then coming back in time for tea. Learning skills. So, a short story is lovely. It’s between 3,000 and 5,000 words and you can do that in a day or a weekend or a week or two weeks. You can have an idea for something, you can take it out, you can succeed or you can fail or you can learn things but all of the things that you learn, whether you succeed or fail, the important thing is that you took the boat out.’