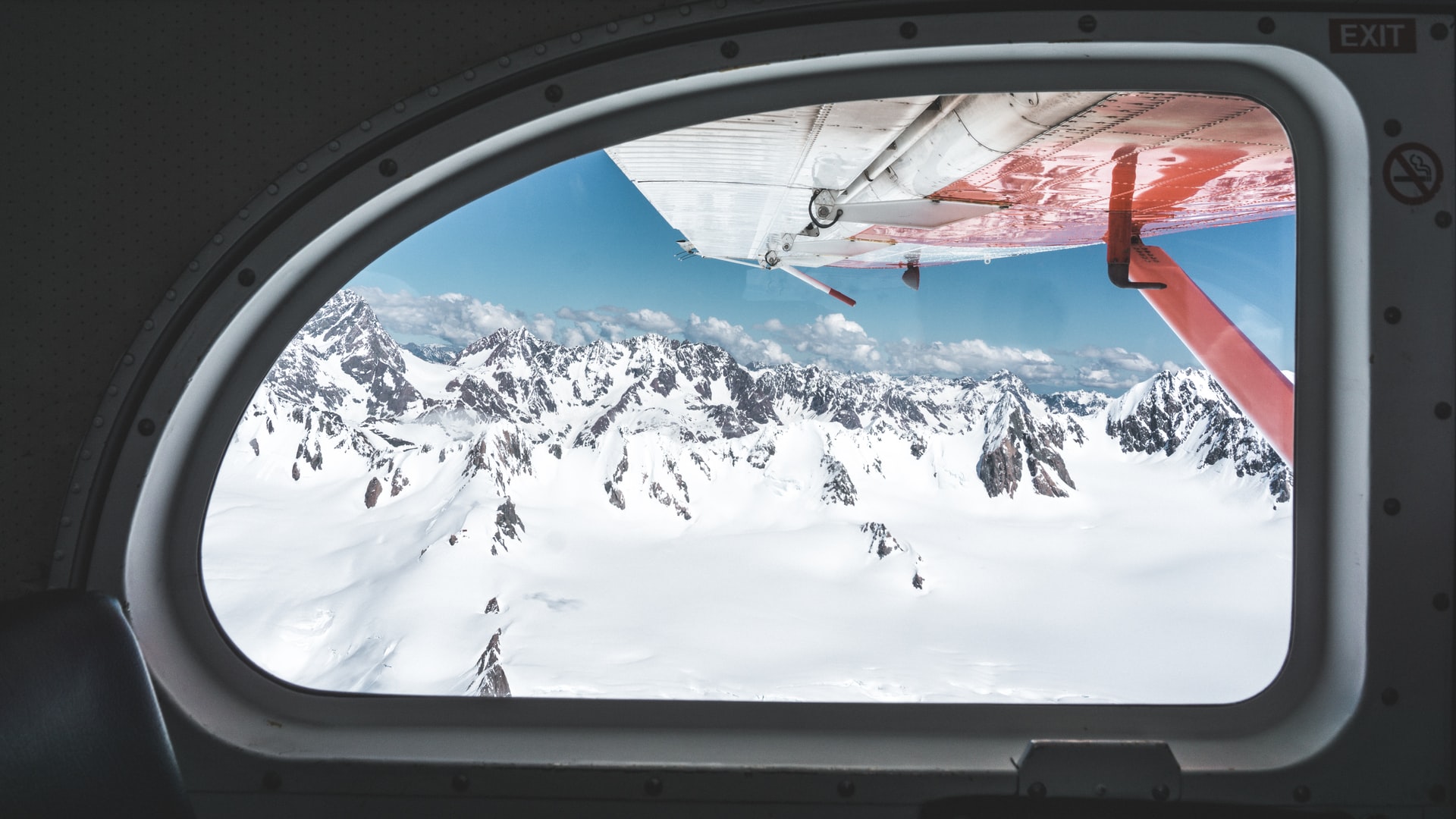 n February, I stood in a hotel car park and took this video.

Somewhere through the fog sat the Southern Alps, a mountain range which stretches down the spine of New Zealand’s South Island.

In amongst them, close to where I stood, rose Mount Cook. The highest mountain in the country.

I waited all day but nothing appeared. Hour after hour, drop after drop, rain shielded rock.

One month earlier, I left work for the last time. I spun the turnstile, handed my pass to the security guard and walked through the rotating doors.

I studied economics & politics at university, graduated top of my year and spent the following five years working for Hargreaves Lansdown, the UK’s premier savings and investment platform. I learnt the difference between business and textbooks, became hooked on investing and began to specialise in money management and client communication. Through it all, I passed eleven exams, including all three CFA levels.

I didn’t know it at the time but computer scientists have a name for the time you find yourself somewhere random in a mountain range and you want to find the highest mountain but you can’t see further than a few metres in any direction.

They call it hill climbing.

When you have a complicated problem, a limited amount of time and you're missing information, hill climbing can help find a solution.

As I stood in that car park and stared into the rain-cloaked mountains, my complicated problem was life.

My job had been fine. The company is great. I could see progression, I had security, I felt comfortable. But we only get one life, and those things didn’t help me get out of bed at 06:45. I wanted to do something special, to give it everything and watch what boomeranged back in response.

To do that, I was missing two things.

That’s why I left work.

This is why I created one point more

First. You don't have all the information you need. Paul Graham, of Y-Combinator, puts it this way:

“When you're young, you're given the impression that you'll get enough information to make each choice before you need to make it. But this is certainly not so with work. When you're deciding what to do, you have to operate on ridiculously incomplete information. Even in college you get little idea what various types of work are like. At best you may have a couple internships, but not all jobs offer internships, and those that do don't teach you much more about the work than being a batboy teaches you about playing baseball.”

Second. Your mind tricks you into thinking you do. Nobel Prize winning psychologist, Daniel Kahneman says "what you see is all there is". Morgan Housel writes:

And third. No-one else can help you. Philosopher, Joseph Campbell, had this to say about outside pressures:

To clear this fog, most of us try to climb. Wherever we are, we take a step in the direction that takes us higher. It’s no coincidence career development plans come in ladders and whether it’s exams, working late, managing people, or moving company we hope our next step will make life richer.

It’s natural. Not least because the alternative is to turn back. Not in expectation, but in hope. Hope that there’s something better out there. As trade-offs go, it’s an easy one to decide on. Clear and immediate rewards squash uncertain, long-term ambitions. So we climb.

But computer scientists say we’ve got it wrong.

If you insist on climbing, you’re chained to where you started. And given we know so little when we start our careers, there’s a good chance we picked a small mountain, where we won’t find what we’re looking for when we reach the top. Not only that, we’ll also find ourselves further away from where we want to be, on our highest mountain.

Philosophers agree. Joseph Campbell went as far as to say “there is perhaps nothing worse than reaching the top of the ladder and discovering that you’re on the wrong wall.”

Rather than climb, the math says “wander”.

Scientists argue wandering is the key to solving complicated problems. The best hill climbing algorithms start with an arbitrary answer and wander from there.

Randomness bumps their model around so they can collect as much information as possible, from as many sources as possible.

And they repeat the process over and over until they have a good picture of the land so they can say with some certainty that they’ve found the highest mountain, which signposts the best answer to their problem.

We should think about our careers in the same way.

To find your perfect job, forget the path. Accept you didn’t know enough when you started your career, back in school or university and be brave enough to try new things. Parachute through the fog and wander your life’s map. As you go, draw contour lines of happiness.

Then do it again. And again. And when you find your highest mountain don’t waste any more time on the current one, no matter how appealing the next step up might look.

Don’t give up. There’s a perfect job out there for everyone. Most people never find it. Be the one to keep looking because the fog lifts for those with patience and belief.

That's why I launched onepointmore.com.

I hope it inspires you to pursue what you love. Not just what you thought you'd love or what you think other people want you to love. But what you actually love.