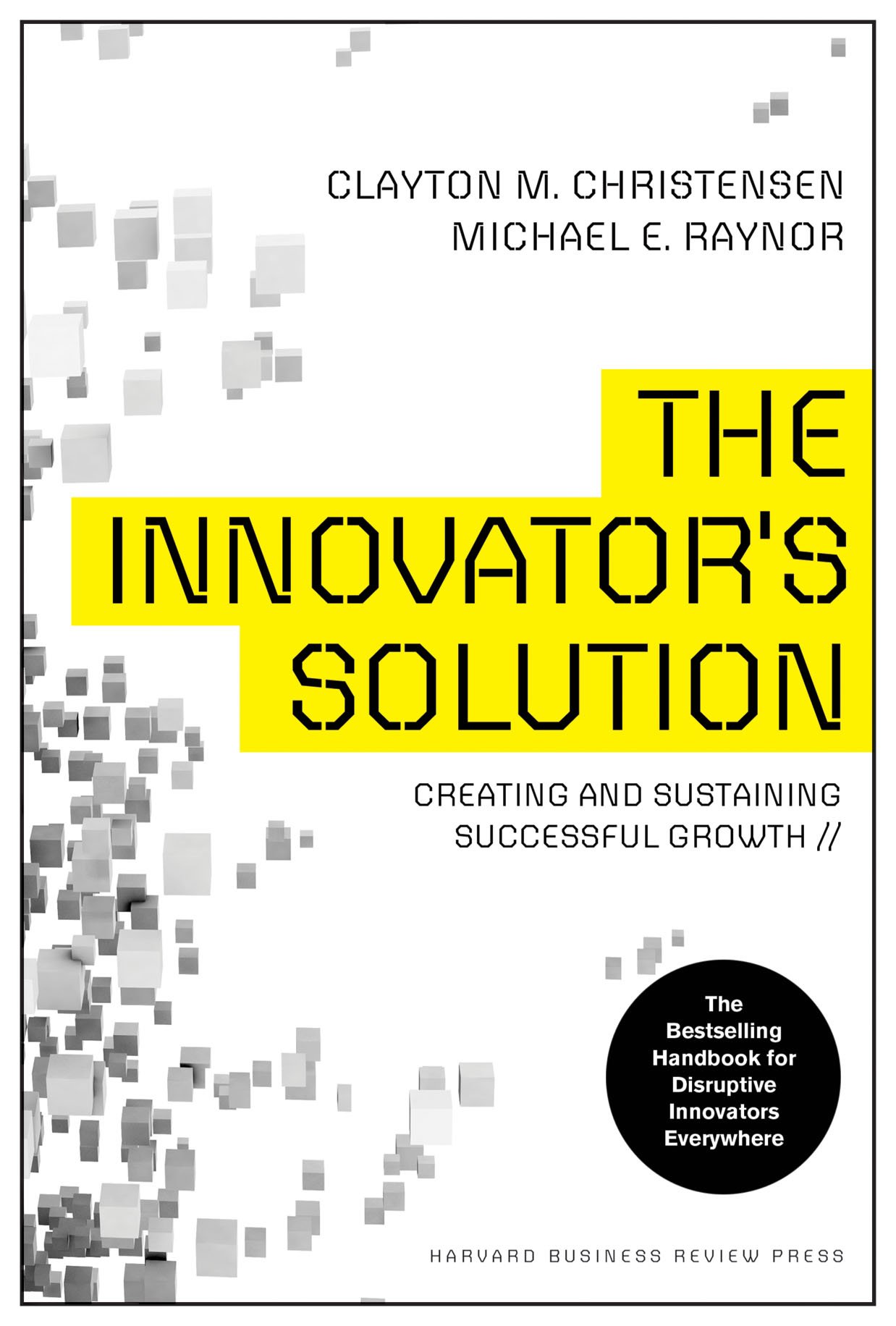 The Innovator’s Dilemma asks, why is it so hard to sustain success. The Innovator’s Solution asks, if there are predictable reasons why businesses stumble, how can we help managers avoid these hazards. There's a lot of crossover but one section really stood out - the idea of modularisation vs integration, i.e. when to build or buy, and what he calls The Law of Conservation of Attractive Profits.

When should a company build vs. buy?

The problem is, what might seem a noncore activity today might become a critical competence to have mastered in a proprietary way in the future, and vice versa.

﻿Instead of asking what their company does best today, managers should ask, “What do we need to master today, and what will we need to master in the future, in order to excel on the trajectory of improvement that customers will define as important?”

﻿The answer begins with the job-to-be-done approach: Customers will not buy your product unless it solves an important problem for them. But what constitutes a “solution” differs depending on: whether products are not good enough or are more than good enough.

When to integrate and build interdependent architecture

When to modularize and buy commoditized solutions

Summary of the steps by which modularization takes place

How it happened in the Microprocessor-Based Computer Industry:

How to avoid commoditization

The natural and inescapable process of commoditization occurs in six steps:

For businesses who have become commoditised, there can still be prosperity around the corner, however. The attractive profits of the future are often to be earned elsewhere in the value chain, in different stages or layers of added value.

That’s because the process of commoditization initiates a reciprocal process of de-commoditization. Ironically, this de-commoditization—with the attendant ability to earn lots of money—occurs in places in the value chain where attractive profits were hard to attain in the past: in the formerly modular and undifferentiable processes, components, or subsystems.

The five steps in this reciprocal process of de-commoditisation:

An important consequence of these cycles is that we should be careful to never conclude that an industry such as disk drives or DRAMs is inherently unprofitable, whereas others such as microprocessors or semiconductor manufacturing equipment are inherently profitable. “Industry” is usually a faulty categorization scheme. What makes an industry appear to be attractively profitable is the circumstance in which its companies happen to be at a particular point in time, at each point in the value-added chain, because the law of conservation of attractive profits is almost always at work.

Definition: The Law of Conservation of Attractive Profits