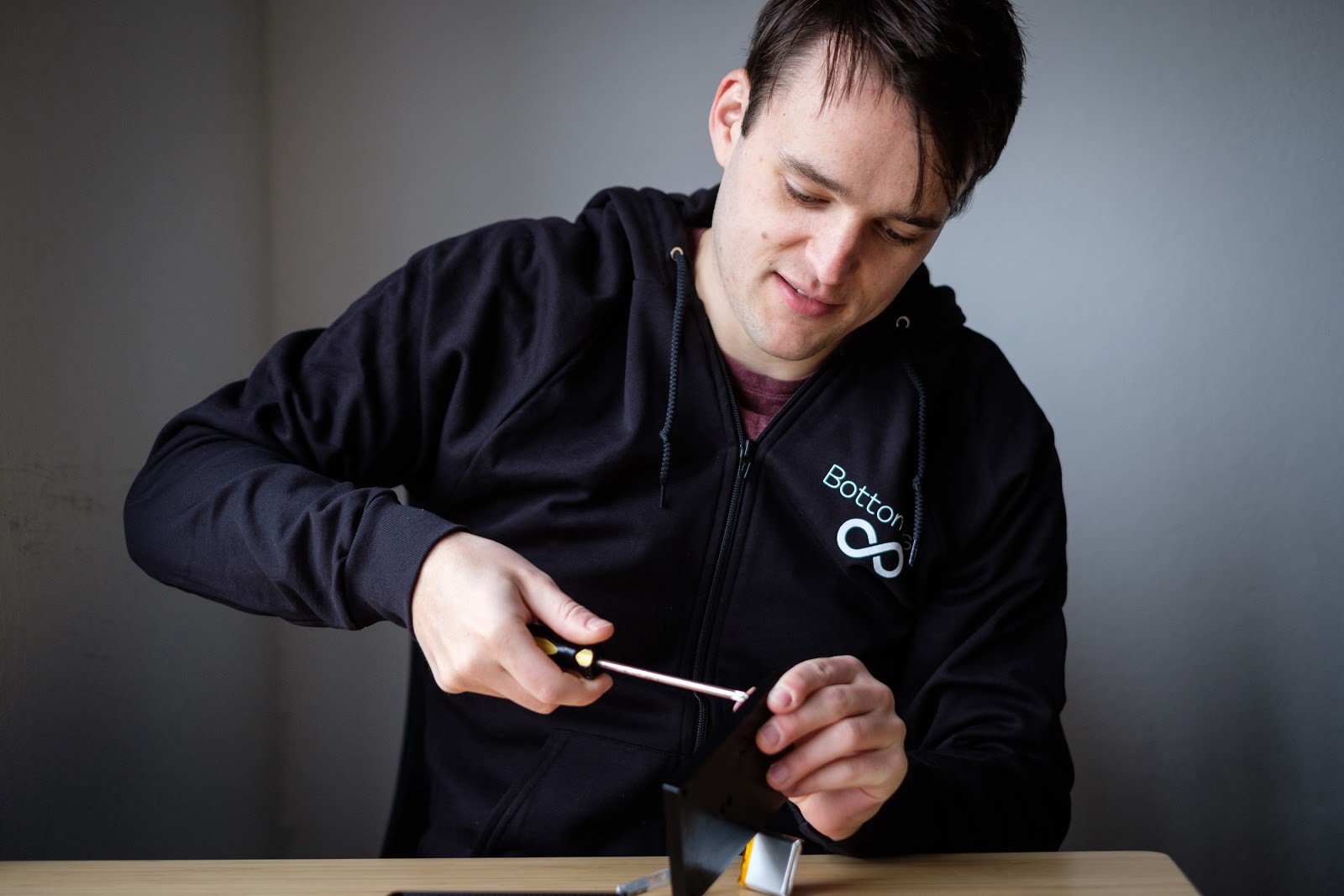 Michael is the co-founder of Bottomless, a smart subscription service. Five years before this conversation, Michael dropped out of (an unranked) college because he couldn’t hack it. From there, he went to wash dishes and prep food at a restaurant where his Spanish colleagues nicknamed him “Tortuga”, Spanish for turtle. His transformation from washing dishes to a VC backed company is fascinating.

Get your foundation right

I dropped out of College because I couldn’t hack it there. I was working at a restaurant washing dishes and doing prep work. I was working with a lot of Spanish speakers. They had a nickname for me. They would call me tortuga, which means turtle in Spanish. So I wasn’t even particularly succeeding at that. So, it’s been quite a rapid clip of improvements since then. I would probably put almost all of that down to just getting my habits right.

The first step, there’s just a constellation of habits that are useful. Some of them are removing things and some of them are adding things. I honestly think that the removing of things is easier; removing unhealthy food, removing binge watching TV shows, removing junk information, junk food, just removing as much junk as I could, removing very unhealthy people from my life. If the people around you don’t want you to thrive, then you actually subconsciously internalize that and don’t really want that for yourself, either.

So removing things and then adding things, exercising regularly, personal health. Your physical and mental health is upstream of your productivity – trying to be productive first is virtually impossible no matter how ambitious you are. I was ambitious at the time, and I just couldn’t find a way to hack it because I didn’t have the right foundation.

The traditional ways of building social capital are definitely useful if you can get a Harvard degree or a Stanford degree, of course. But even then, they can only be so valuable because they’re being minted. You’re still replaceable with another Harvard MBA. If you can create social capital in a totally unique way, you’re totally irreplaceable, and that is much more valuable.

Originality is important. And in order to achieve some degree of originality, you need to have an original information diet. You’re not really that special. If you consume the same information as everybody else, how are you going to come up with unique ideas. Maybe you can. Maybe you’re such a fantastic algorithm that you can combine those in a unique way. Fundamentally, it’s unlikely. So if you can find a way to try to inject random, unique, interesting things into your mind at a regular point, and also try to regularly inject good content into your mind.

I know a lot of people that basically spend 90% of their information consumption on sports and serial TV shows and stuff like that, then they try to come up with unique insights about tech or business. It’s like, “Good luck, man.”

Anything that’s not going to be relevant in a day is unlikely to be a source of solid insight more than a day from now. It seems really simple. But if it’s not going to matter tomorrow, why would you want to consume that information today because the shelf life of the information you consume is going to be so short. The stuff in your brain is just going to be constantly out of date and useless basically.

Technology as a sixth sense

Human beings are tool builders. Everything around us was a technology once before. So building new technology is just really building the future. I think it’s the best way to make an impact. I don’t think any of that’s particularly surprising.

We have this system of education where essentially everybody needs to learn at the same pace. It makes sense, it’s like a batch process. Batch processes are more efficient. So, to the degree the information needs to be coming from the teacher – from one source – then you need to have batch processing of students.

Nowadays, self-education is absolutely possible. I’ve completely taught myself code, but it doesn’t have to be code. It can be virtually anything. You can have teachers as helpers, while students are learning at their own pace. Now, I know people have wanted to do that for a long time, and that might just be one of those ideas that failed for a long time because there were good reasons why it didn’t work but now it might work. I would just recommend people to actually try to learn things themselves rather than pay somebody $2,000 for a course that you just show up to and browse Facebook the whole time.

Make it legible for computers

Anytime you can make something important legible to computers, you can change the world. If you look at all of the revolutions that happened after smartphones got significant penetration, it was because suddenly people’s locations were legible, and the world around them was legible with cameras. Suddenly you have, Ubers, Instagram, all these things. So fundamentally, we’re making the stock level in your house of coffee legible to us, and then eventually to coffee sellers. Not just your level, but also using those levels, we can figure out how fast you’re going through it.

So previously, where you have taxis, people’s location isn’t legible. People have to call to get a taxi and then the dispatcher has to call a taxi driver. It’s this whole laborious process. Then with Uber, when you make everything legible to a network, suddenly, it’s much more efficient. Suddenly, you see people using taxis a lot more than they used to. Similarly, I think making stock levels and consumption speed legible will actually make subscriptions a reality in a lot more cases than currently exist. It will definitely expand the market if you have subscriptions that actually work.

Bootstrapping a hardware company is hard. It’s very hard. I’ve spent a lot of time just literally soldering scales and listening to podcasts and shipping them, taking them to the store and dealing with the ones that don’t work.

I don’t know if it’s actually been that hard other than just the exhaustion of it. But it’s fulfilling to work hard towards a goal. A lot of entrepreneurs talk about the emotional rollercoaster, and I think it’s absolutely true. When you’re putting your whole life into something that’s so high variance, it’s pretty natural to have high variance feelings about it. You have one customer cancel and you think you don’t have that much data.

Early on, our first pilot was only 15 customers. The results from it were great, but we would lose one of them. I’d be like, “Oh, God, we’re screwed. This is definitely not going to work.” Small sample sizes can create a lot of anxiety.

Iteration is over rated

I don’t really try to do anything other than to be interesting. I don’t actually try to tweet things that are true because it’s almost beside the point. I’m not going to be convincing anyone of my version of the truth, I’m mostly going to be feeding people food for thought that might change them on the margins.

People don’t optimize enough for saying interesting things. They’re too scared to be wrong. There’s a lot of interesting things that are wrong, but make people think. I think those are very undermined opportunities. You want to have followers that are interested in your content. So, you should be very unscared of losing followers if you think what you’re saying is interesting, it’s actually good to shed followers, it keeps your account interesting to the people that eventually will follow you.