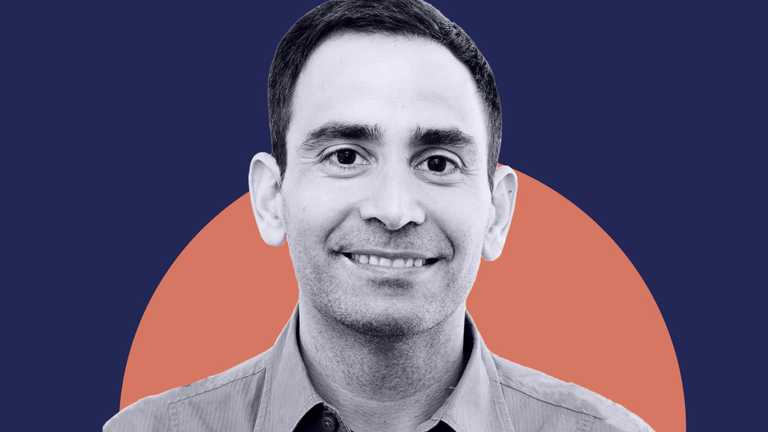 Elad is a serial entrepreneur, operating executive, and investor or advisor to private companies including AirBnB, Pinterest, Square, and Stripe. Previously, Elad was the VP of corporate strategy at Twitter. He also spent many years at Google where he started the mobile team and was the original product manager for Google Mobile Maps.

I really focus on the market first. Is there a real need for the product? Is there traction? Is it something that I would use or that businesses would use? And so number one for me, and probably number two for me is market and most early stage investors say that the most important thing is team. And Andy Rachleff, one of the founders of Benchmark, has a great rule that people call Rachleff’s law, which is basically if you have a great team and a terrible market, the market wins. If you have a terrible team and a great market, the market wins. And if you have a great team and a great market, something magical happens.

How to find interesting markets

There are three types of non-obvious markets.

If I look back at the data in terms of what’s actually worked in the set of companies I’ve invested in. Number one is that they launched a product or at least had a crappy demo when they started raising money. And so I think the fact that they actually built something, even if it was awful, showed a mentality of going and building. That’s one key thing. So just investing in a PowerPoint deck tends not to work well. Although, for example, I think I invested in Opendoor and Wish before they have had much built, but even then there was sort of something going on.

Second is organic growth, even if it’s a very small base. Most early stage investors really discount early traction. They’ll say, “Well, I went from a 100 to 120 to 150 over two months, three months. Is that real?” But in reality, if something’s growing 20% or 30% a month, organically just through word of mouth, usually there may actually be something there. I think that’s a clear sign, even if it’s tiny numbers.

Positive reference checks are a good signal, but negative reference checks on the founders aren’t a negative signal, they’re a neutral signal. And so whenever I would invest in a team and I’d ask around and one or two people said, “Well, that person wasn’t great.” I would tend to pass on that company or not invest. And what I’ve seen since then is that people who may be terrible in one context may be great in another.

And so a great example of that is there’s a founder that I didn’t invest in out of Twitter, who I worked with at Twitter when I was there, and he just wasn’t very good. He was super nice, very smart. You’d see him in the hallways and he’d always be just kind of hanging out and talking to somebody. He had this reputation as being kind of lazy and now he has one of the most successful start-ups out of that community. And I met with him for dinner recently, and I asked him, “What changed?” And his response was, “I finally feel like my ass is on the line.” And so that to me was very non-intuitive that people who seem kind of meh, and it isn’t the standard entrepreneurial stereotype of somebody who’s rebellious and fighting their manager, it’s just somebody who’s kind of lazy in one context ended up being great, in another.

Distribution is the needle mover

The history of the tech companies that have done well is; start with one great product that’s working in a singular way and then add more. Companies that tend to tap out are the ones that have one product that works really well, but then they never add that second product line. Or they never do that reinvention, or they don’t iterate fast enough on their core product and new entrants a few years later, or big incumbents start competing and it really slows down their market.

If you really want to build a truly, truly massive lifelong franchise as a company, often what you have to do is start thinking about your next set of products. And you need to shift from thinking of yourself as a product-centric company, into a company that’s also distribution-centric.

If you look at the history of technology, be it Microsoft or Oracle or more recent folks like Google or Facebook, really what they did is; they had one product that worked so well and it was so much better than anything else in the world that it got a lot of distribution, or in the case of Google, they were spending literally hundreds of millions of dollars a year on distributing Toolbar and paying Firefox to be their homepage and other things. So they were very aggressive about distribution.

Once you have that distribution, your next step, or the next step in the sort of traditional playbook would be; go and buy companies or build new products and push them out against that distribution channel that you now have. And so for Microsoft, that ended up being different components of Office, that over time, they either built or bought. In the case of Google, it was products like Chrome and Android and Maps and Image Search, and these other things that ended up branching off of the original product, and then getting pushed down the channels that they built. Facebook did it with Instagram in terms of accelerating their growth, or WhatsApp.

The companies that tend to sort of end up as a five billion-dollar company, which is amazing, but they could have been a $50 billion company. Often it’s because they weren’t aggressive enough on three things.

[Editor’s note] This is a really interesting thought. We need explanations for success, and often we’re too quick to assign causes to outcomes. If a company becomes successful, rather than think through the alternative histories – i.e. could it have been bigger, better, or more successful – we say, wow, they did this unusual thing, that must have been why they succeed.

Growth covers up a lot of mistakes

I think when all is said and done, companies that are growing really fast, are really resilient, even when you see every type of screw up you can possibly imagine happen. Somehow these companies still survive. And sometimes as a founder, it’s almost disheartening because you’re working so hard in your own company and you’re scrapping and you’re doing everything right. And it still doesn’t work because you’re in the wrong market. And then you look at something that’s in the right market and it’s working beautifully and it’s getting all these accolades in the press, but you know that inside it’s just terribly run. So I do think that growth covers up for a lot of mistakes. And in fact, I interned at Cisco back in, I think it was 2000, and my manager had joined Cisco in like ’91 or ’92 and his comment was always; “Growth covers up for a lot of mistakes.”

And so I think that happens with every great technology company, just really stupid things are done but the company somehow survives and then it professionalizes, and then it eventually starts doing things really well, if it really breaks out.

In general, I think most of the screw ups tend to be about choosing the wrong people to do things and having them consistently make terrible mistakes and then not doing anything about it. Or alternatively, founders or sets of leadership fighting nonstop, or the creation of a more general toxic culture. Those are things that tend to be really hard to fix and can really create enormous drag on a company.

Every once in a while, you see a company that’s just crushed by competition because that competitor had just had dramatically better distribution. Microsoft effectively did that in the ’90s, which is why they had all the antitrust hearings – they would literally just crush their competitors through distributing things as a bundle with their OS. But in general, most companies tend to die of self-inflicted wounds or to really slow down of self-inflicted wounds through bad management, bad people, choices and bad culture.