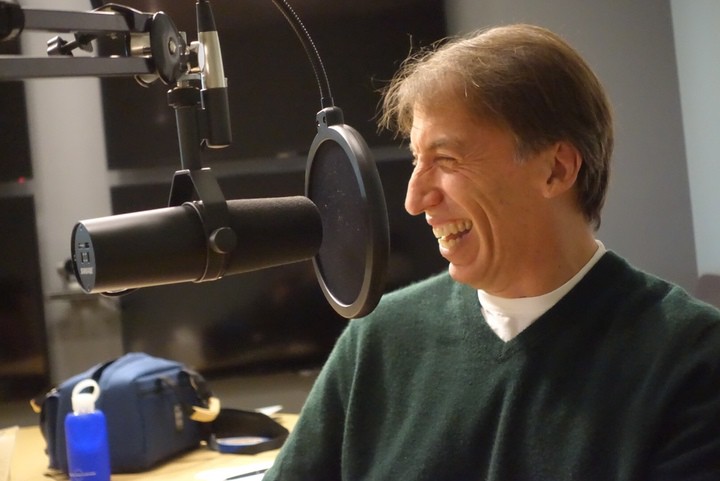 Andy is a co-founder and Executive Chairman of Wealthfront. Before that, he co-founded Benchmark Capital in 1995 and was a general partner until 2004.

How to be non-consensus and right

You don’t want the market to be big today because it’s really hard to take share from big companies. It’s a lot better to invest in something that’s just emerging. And John didn’t let anything get in the way of an opportunity that he thought would be big. So if it was really high price like Netscape, he paid 4x the then normal valuation for Netscape and everybody thought he was nuts. And he had the last laugh. Amazon he did the same sort of thing. So he never let the quality of the people or the valuation or anything like that get in the way where others of us might have. And I think that’s what made him great, number one. Number two, he’s exceptionally bright. And because of his success, he built perhaps the best network in the business. And number three, he has the best voice in the business. When you hear him speak, you just want to do whatever he says.

I’m a big believer, based on having observed technology companies for more than 30 years, that if the dogs want to eat the dog food, you can screw up almost everything else, and you’ll still be really, really successful. So the entire goal in starting a business, especially in tech, is to get those dogs to eat the dog food.

So my partner, Bob Kagle used to say, “You want products that are bought not sold.” When people want to pull it out of your hands that’s product market fit. Now the technical way that you can tell whether or not you’ve actually achieved product market fit, at least in a consumer business, is if you grow exponentially organically. Now, the only way you can grow exponentially organically is through word of mouth.

The only way you have word of mouth is if people are delighted and love your product. If you achieve that, you can screw up almost everything else in the company, and you’ll still be successful. This is the only way that I can explain how a 25-year old can run a billion-dollar business. That if the customers pull the products out of your hand, you don’t have to be that great at operating.

Iterate on who, not what

Think of the The Lean Startup as the New Testament to Blanks’ Four Steps to the Epiphany, Old Testament. It’s much more readable and more relatable, just like the New and the Old Testament. And so basically what they came up with was a methodology by which you would first test a value hypothesis and then a growth hypothesis.

So the value hypothesis represents the what, the who, and the how of your business. What do you want to build, for whom is it relevant and what’s the business model to deliver that product? Now what’s different than what most people expect is that you don’t iterate on the what, you iterate on the who.

Most people think that entrepreneurs start businesses by looking at a market, finding a problem and coming up with a solution. That leads to very mundane outcomes. Back to the Howard Marks framework, that’s right in consensus, anybody can do that. The great technology entrepreneurs basically recognize an inflection point in technology that allows them to build a new kind of product. Then the question is, who cares? So you might change the way you describe that product or technology, but you don’t really change the technology, you change who might want that product.

Amplify what you're good at

There’s a whole new field called growth or growth hacking. The people that are best at it hate the term growth hacking because they don’t think it’s hacking. They think that it’s a very analytical process, but the growth function really consists of figuring out what’s working and then doing experiments around that to make that even better. So what’s really interesting is that fixing what isn’t working doesn’t help you grow nearly as fast as improving what is working.

It’s like amplification in the evolutionary sense. It’s a lot better to amplify what you’re good at versus fix the things you’re bad at. You learn more professionally from success. I think you learn more personally from failure. One of my former CEOs pointed that out to me, Brian NeSmith. And I thought that was a really interesting insight. Think about it. If I’m going to hire you to work here at Wealthfront, I’m not going to hire you for what you know not to do. I want to hire you for what you know to do. So, learning from failure is great, you learn what not to do, but if you work at a really successful company, you’re going to learn some tricks that are unbelievably valuable, that the person who’s never been successful can’t possibly learn from reading about it.